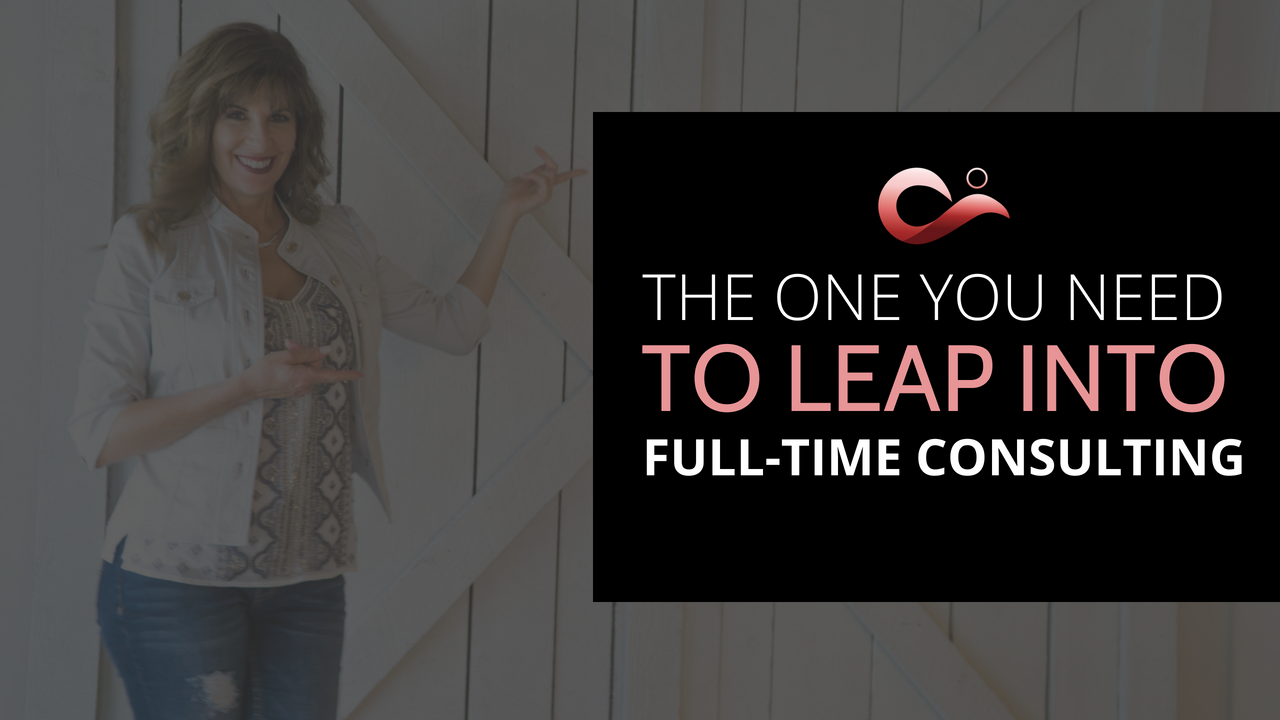 If you are interested in leaving your current job for the potential of running your own consulting or coaching practice, there is only one thing you need. You may think you need a lot of money in the bank and a "rolodex" of potential clients and referrals.

While those things are important, they are not nearly as important as your wholehearted commitment to the adventure of running your own practice. In my experience, there is a direct correlation between the most successful consultants and coaches and their ability to commit fully to their practice and making it a success.

There is a big difference between having a yearning to start your own consulting business or coaching practice and actually making the decision to leave the comfort and security of your day job for the unknown world of entrepreneurship.

The fear of the unknown is to be expected. There are many sources of help to overcome these type of predicable fears but there is only one response if you are going to be...

This just in: doing what everyone expects of you is OUT, doing what what makes you happy is IN.

Kelly Collins-Lintz – actress of both film and movies, blogger, writer, momager (her kids are also in the acting biz on shows like Bosch, the Walking Dead, and Under the Dome) says “listening to your gut is the best way to create your own path to success,” and this woman knows what she is talking about!

From the time she was small, Kelly was one of those people who loved to entertain and encourage others. She got her start as a professional actress when she was working for a non-profit organization and doing a bit of commercial work along the side. After hearing that still small voice that she attributes to God, she took the leap into full-time acting and landed roles in productions like One Tree Hill, Gifted, We are the Millers and many other roles. Her children followed her into the business and have found great success in shows like the Walking Dead and Bosch.

Want to Start a Consulting Business? 10 Reasons Why You Should! 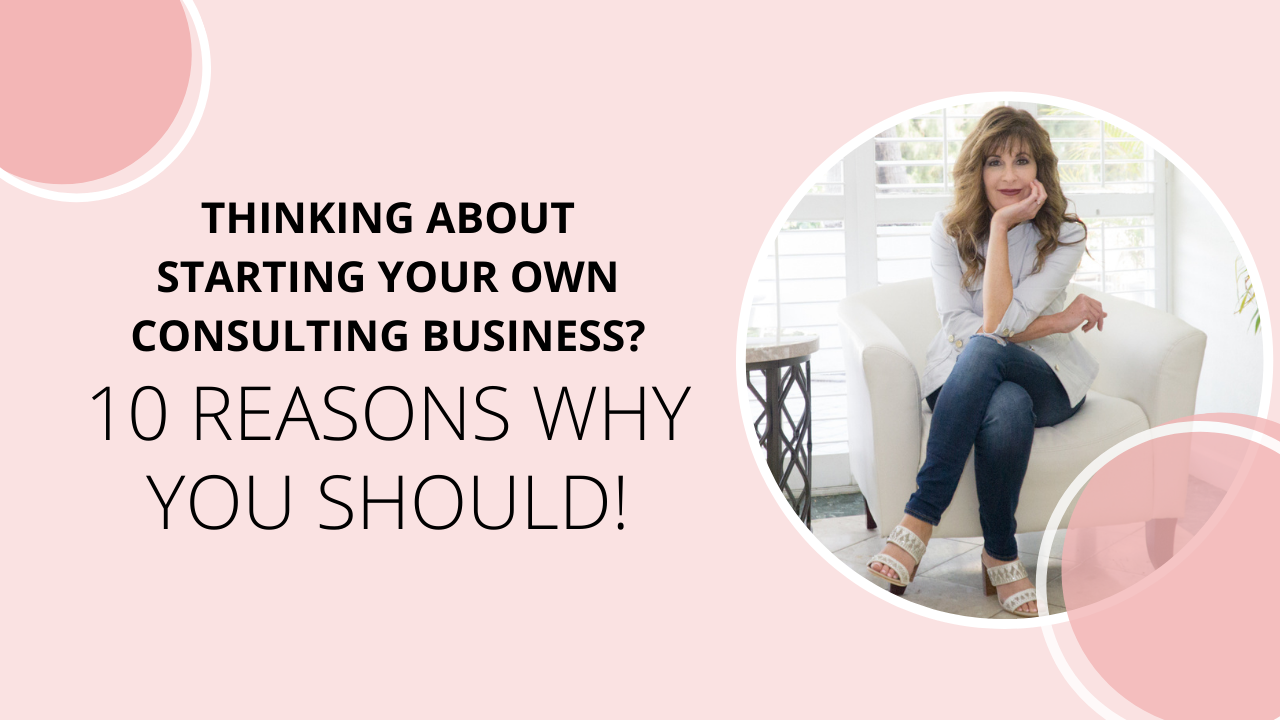 Sounds exciting, right? I got a vision, had the courage to pursue it, and "Bam!" It was raining clients and money. That's the public story...

...Now let me tell you my REAL business launch story.

First off, I didn't leave my dream job at Disney to start my own business.

I left Disney for two reasons.

One reason was because I had two small kids at home. My youngest was two about turn three and this was my last chance to be a more present mom.

The second and bigger reason was the discontent that took root in me when my Dad died of lung cancer way too young.

When he was in the end stages, I flew weekly back and forth between Orlando where I lived, and Chicago where he lived. That Tim McGraw song “Live Like You Were Dying”...

Bosses, colleagues and friends all questioned the wisdom of quitting his high-paying job and steady paycheck for the unknowns of starting his own consulting business.

After over 15 years of consistent and growing success - they now understand exactly why he did it.

Dan Weedin is an author, speaker, consultant, coach, podcaster and founder of Toro Consulting, a firm that specializes in small business growth, particularly in the insurance/risk business.

Dan is also a dear friend whom I have had the privilege of watching him turn his many ideas into profitable reality. He is an action-oriented visionary who deeply cares about people.

Dan's path to the success that he enjoys today wasn't always a straight shot. He had some ideas that worked...and some that didn't. But sets him apart from his peers is that no matter what, he JUST. KEPT. GOING.

You're going to hear a lot of actionable idea and inspiration from Dan in this interview that I did with him about his...

Laid off from work? Here's what to do next... 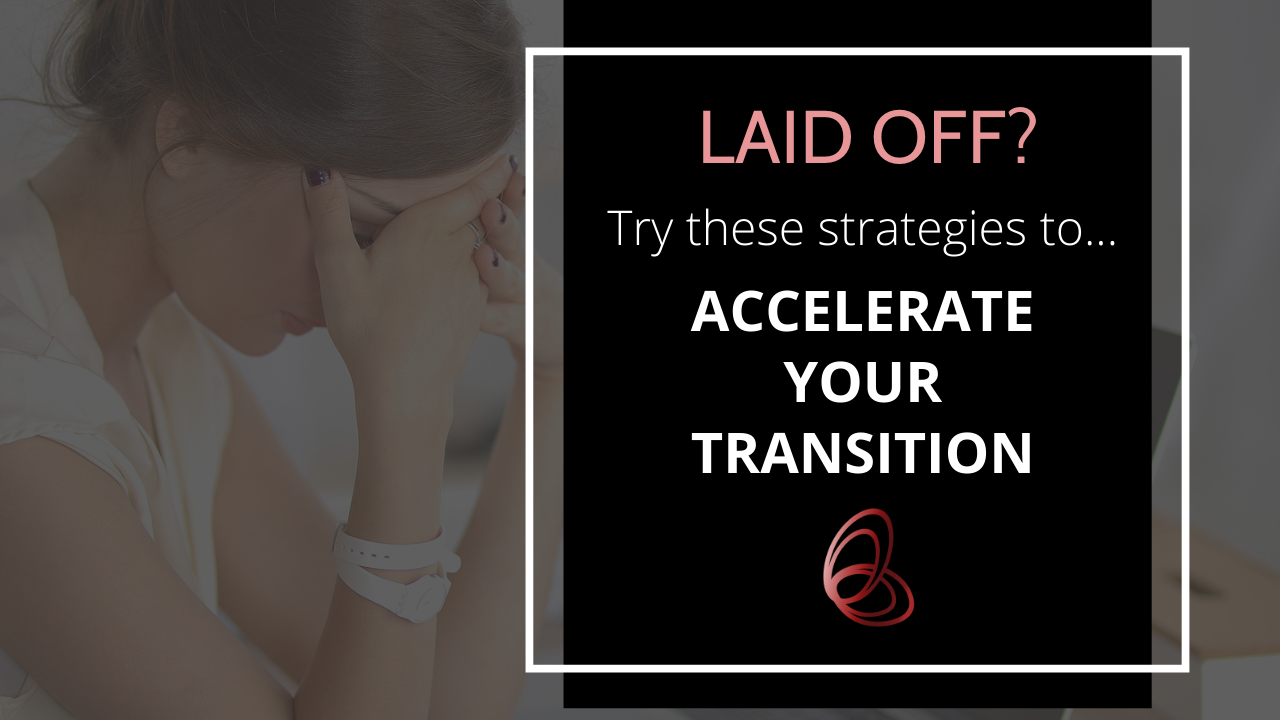 There is nothing more gut-wrenching than after investing years in a company and a career than getting laid off from work.

Your mind gets that it's not about you. You understand the business rationale and the economic conditions that led your company make this decision that is completely changing your life.

But your heart...that's a whole different story. Unproductive questions about what you could have done differently and fears about the unknown are keeping you at up at night.

Let me give you the clarity that your anxious heart and mind needs: a solid plan for moving forward.

Step 1: Take a Beat and Process What Happened to You

The truth is your layoff is not what it seems to be. On the surface, it may seem to be about how you got blindsided with an unexpected, unwanted job loss. On a deeper level, it's a moment and opportunity to live into your purpose in a stronger way.

You can look at layoff as a crisis or as a wakeup call and invitation towards...

Thinking about starting your own consulting business or coaching business and want to know exactly what it'll cost to make that happen and keep it running?

Then you're going to LOVE this week's tutorial video.

I asked my partner Jen Hamilton - our community Chief Operating Officer to be my guest today and share all the deets on the what you'll need and how much it all costs so that you can plan in advance for both the startup and ongoing costs.

As you watch this video, here's what I would love you to consider. Yes, there are some costs with business ownership in terms of tangible costs that Jen is going to share and in terms of psychic costs of stepping into the unknown.

But don't forget the benefits of having control over your career, time and earning power. Think about how your life will transform when you have work that you love with the ability to set your own schedule.

Bottom-line - be smart. Be strategic. And stay inspired about the difference that your consulting and/or...

Struggling with writing website copy? Here's my tips to spark your clarity

Are you working on a website (or know you need to) but are stuck because you can't seem to find the words for your copy that describes what you do and the value that you create?

Don't worry - you are not alone! Lots of super-smart consultants and coaches (who are new to business ownership AND who have been it for a while) have a hard time writing about themselves.

In this video tutorial, I'll show you how to get into writing flow so that you can finally launch your business, have a website that reflects the depth of what you bring the table and make money doing what what you love.

Betsy Jordyn: Hey, it's Betsy Jordyn. I'm here today to talk to you about writing great website copy. So one of the challenges, all of us consultants face is that we are trained in corporate speak.  Corporate speak works great when you're trying to do an executive presentation or an internal presentation in an organization.  We all use...

For many consultants and coaches - both new and seasoned - they see their website as nothing more than an online brochure or resume. They believe myths such as "you can't find clients through your website" or "your website plays a small role in your business" and wind up leaving money and opportunity all over the table.

FACT: You can attract high-paying clients by virtue of your website. You can set it up to act as your 24/7 marketing machine.

FACT: Your website, particularly the content on your website, is the single best way to warm up potential clients and shape their thinking that you're not simply an extra pair of hands to do contract work but an expert and strategic advisor.

This tutorial will show you how to build a consulting website that makes you the obvious solution for your future client's most pressing problems.

Betsy Jordyn: Hey, it's Betsy Jordyn. Today we are talking about your...

2020 Study: Why Smart People Start a Consulting Business (And What Holds Them Back) 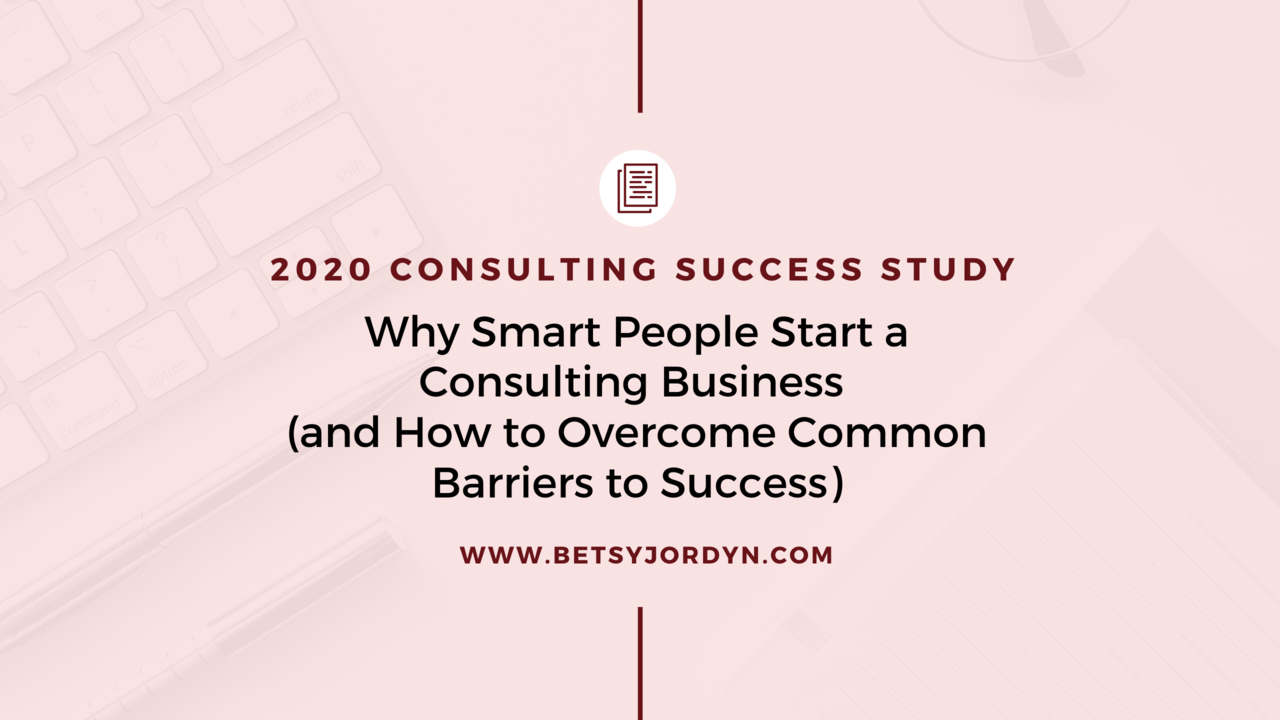 Most high-achieving professionals at some point in their career dream of ditching the pressure of the 70-hour workweeks and start a consulting business. But there are many factors that hold them back.

This year, we created a survey that we administered to both new and seasoned consultants to learn more about what drives smart people to start their own consulting businesses and what stands in the way of their success. And we're super-excited to share the findings below.

Read on if you'd like some instant validation that consulting is right for you, insight into the predictable challenges that most consultants face and strategies for overcoming hidden barriers to success.

Starting a consulting businesses is a massive career transition. There are five reasons that drive accomplished professionals to a make a move of this...

How to Consistently Get Consulting Clients...Even if You're Brand New and Just Starting Out 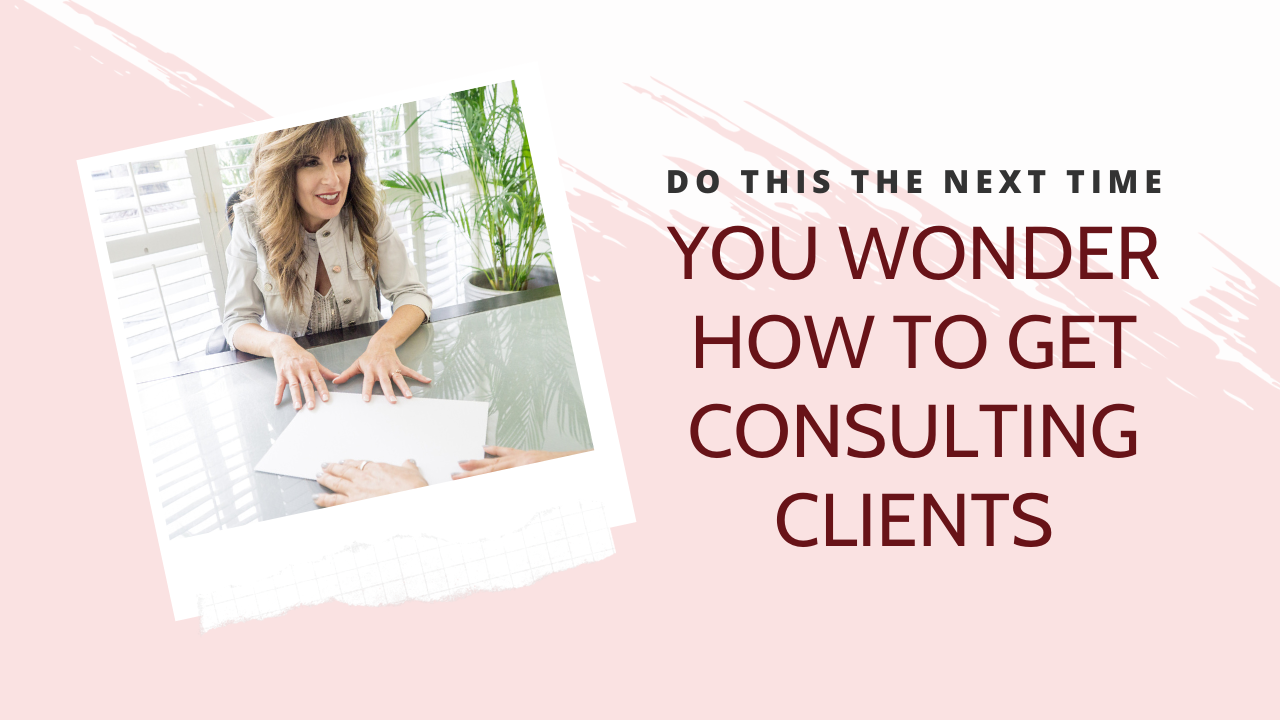 Forget one-off marketing tactics that give you hit or miss results. Instead building a marketing system that puts your client attraction on autopilot.

If you want a steady stream of right-fit consulting clients who are excited to work with you and are more than willing to pay you what you're worth, you can't rely fully on those tactics that require you to go out and FIND clients.

You also can't rely on finding referrals who will introduce you to that perfect client who will magically want to hire you as an advisor and pay you a good sum of money for that advice.

Instead you need a system that ATTRACTS high-paying executive... 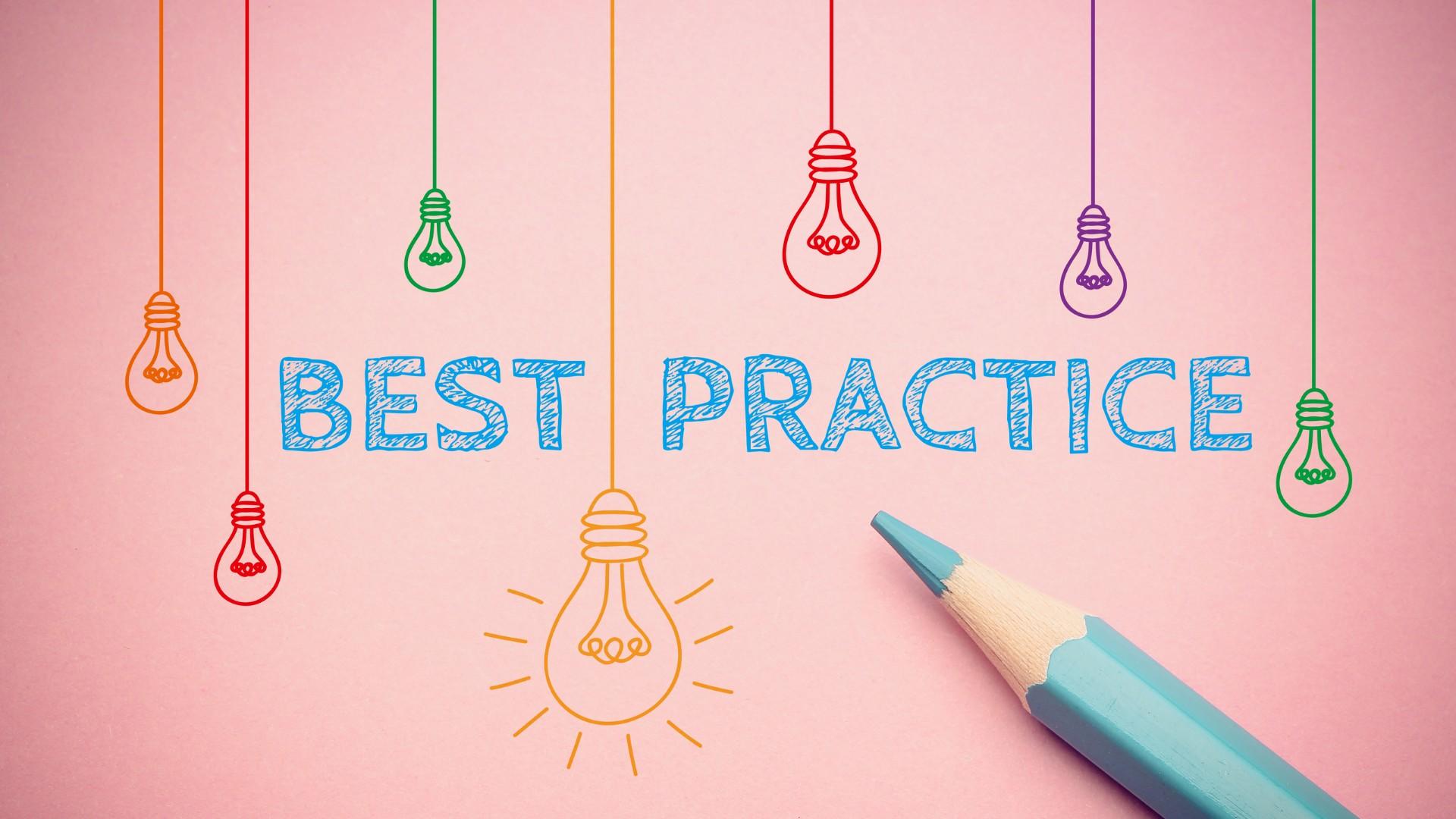 ...just for consultants and coaches. 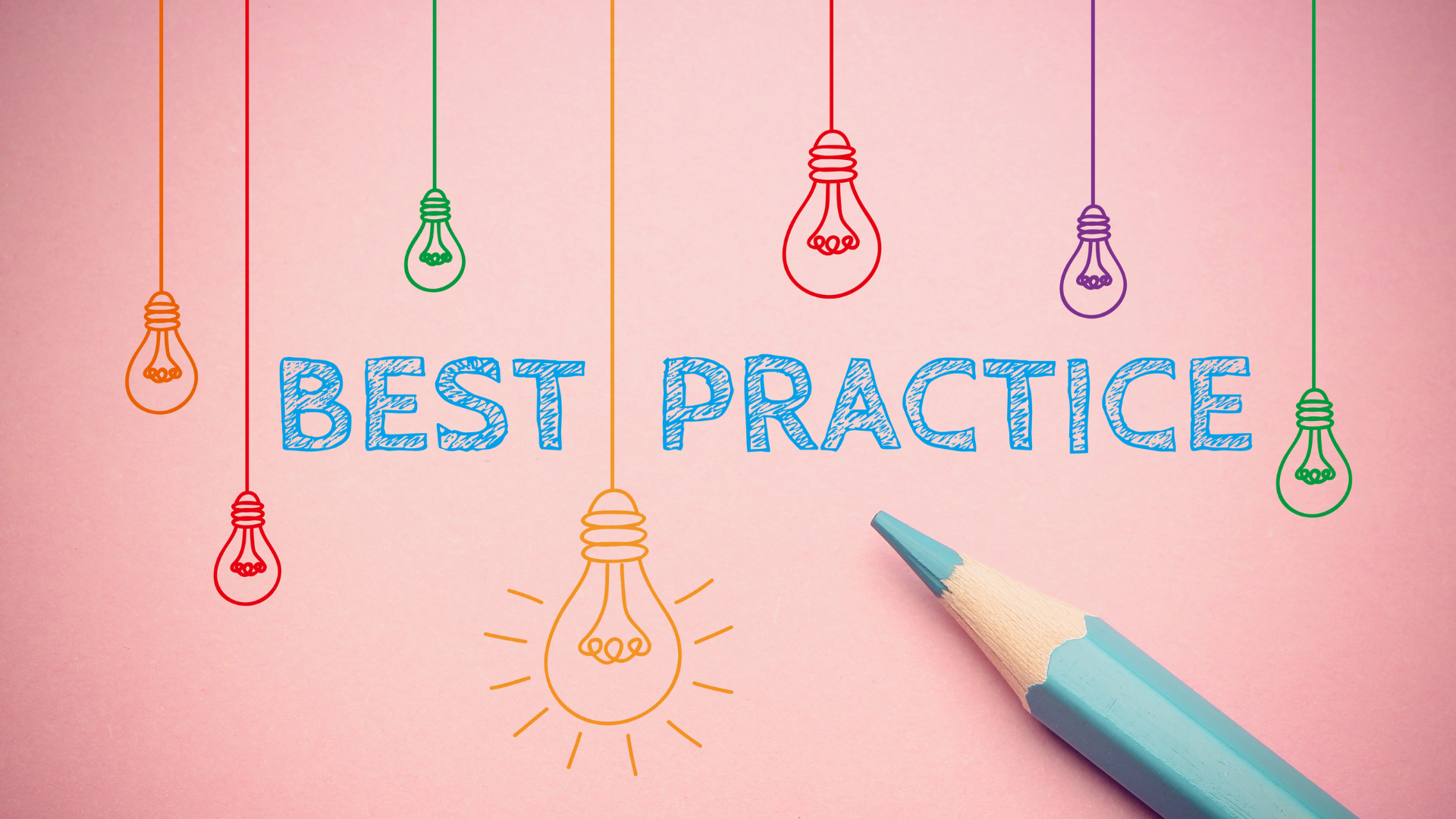 How you'd like some more PROVEN best practices for ATTRACTING clients with predictability, ease and integrity sent directly to your inbox?

Enter your deets below and we'll share with you behind-the-scenes secrets and actionable ideas and inspiration...just for consultant and coaches who want to make money and a difference, doing what they love.