NOT Everyone is a Leader 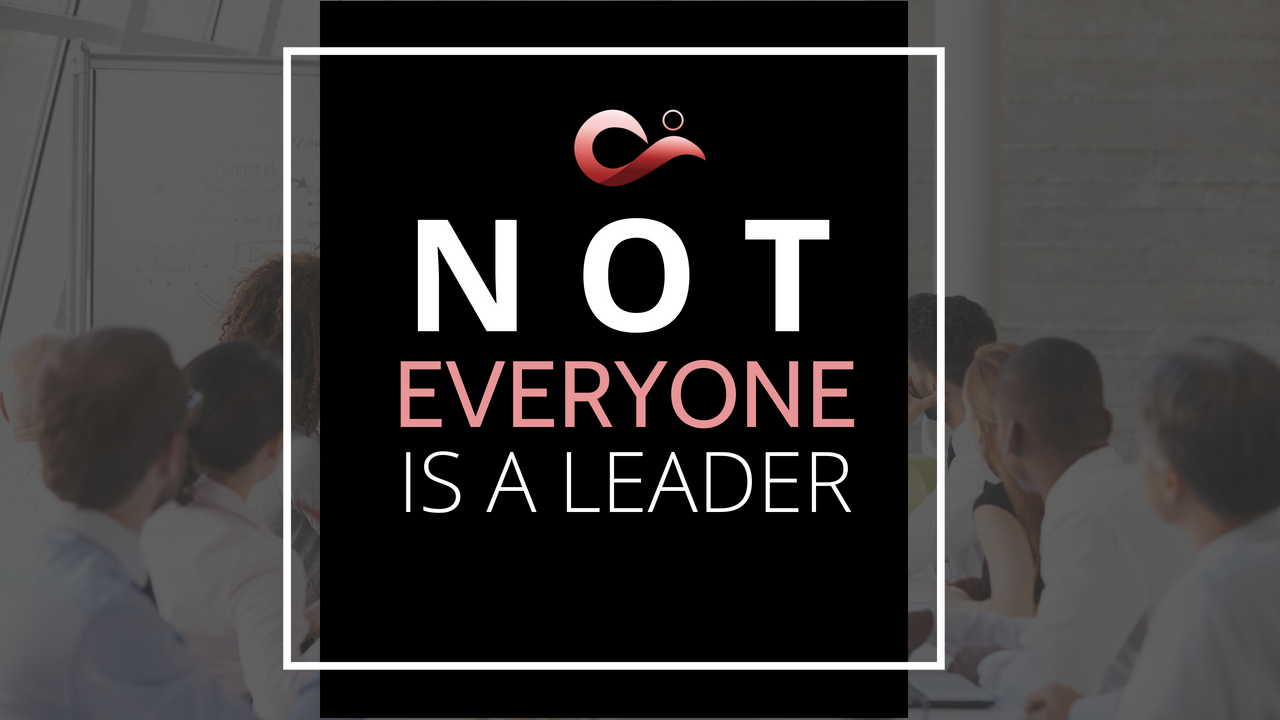 and Other Truths about Leadership that No One Will Admit

I have heard the refrain “everyone is a leader” ever since I got into the performance improvement/organization development business 20 years ago. The heart-felt sentiment behind this lie is good: everyone is equally important to the success of an organization and everyone has the potential and capacity to be an influencer. But having the ability to be an influencer or possessing good self-management skills is not the same as having the gift of leadership, particularly executive leadership.

The “everyone is a leader” myth, which has been blindly accepted as truth, actually waters down the significance and uniqueness of the gift of leadership and keeps people who don’t have that gift from finding out what they actually are great at doing. It’s like telling an athletic team that all of its members are star players, when that is far from the reality. If all of the team members believed they are stars and their coaches manage them as if they are, there would be no teamwork, chaos would reign, and success would fly out the window.

What is the gift of leadership and why doesn’t everyone have it?

There is no particular reason that not everyone has the gift of leadership. It just happens that way. After all, not everyone can fly through the air like Michael Jordan or belt out a song like Barbra Streisand. It isn’t that any of us is really any “better” than everyone else; it’s that we simply have different gifts.

The key is to being successful is worrying less about wanting a gift that you don’t have and focusing on developing the gift that you do have. Another key is to own what you have been given without apology, even if what you own is coveted by others. Leadership ability, like good looks and musical ability, is often coveted by those who don’t have it. But those who do have it should not spend time worrying about what others think of them. Instead, they must work to develop their gift, for the good of their organization. This means they have to own the fact that they have the gift and they must use it, period.

For example, David was one of the best leaders I ever consulted to. He was the head of an organization that grew and expanded in unprecedented ways in his industry. What impressed me about David was his clear grasp of what he was good at and what he wasn’t. He told me that he was good at vision casting, communication and leadership development, so he organized his job around those three leadership skills. He delegated to others what he knew was essential to the organization, but also knew that he wasn’t good at.

David is a perfect example of a leader who owned his gift, used it for the greater good of his organization and didn’t apologize for not having other gifts. In the process, he furthered the development and career of countless other leaders who reported to him, and his professional track record speaks for itself. He is now a sought-after consultant for leaders in his industry who want to understand his success better. And I can confidently say after coaching and consulting to him for years, that a major reason he is so successful is that he took ownership of his gift of leadership.

As a consultant, I find it frustrating when programs try to teach managers who are needed and gifted as managers to become leaders, which is something they are not. Imagine if these “training” programs were truly successful and every manager began acting like a leader. The Gallup Organization identified the number-one factor most dramatically affecting employee engagement is the quality of their group or team manager. I personally would like to report to an excellent manager who is under a great leader, because I want someone to see and care for me as an individual. (Perhaps my child is sick and I need to work from home for a few days.) I want someone to know me well enough to know what I am best at and give me tasks to help me grow and better serve the company in that area. Don’t you feel the same?

The Walt and Roy Disney partnership is a perfect example of how leadership and management gifts can work together to maximize the success of an organization. Walt Disney, as we all well know, was a visionary. He saw full-length, animated movies before they existed. He saw a resort destination in the middle of Central Florida swamp land and orange groves. In other words, he was a great leader. But he was a horrible manager. Enter his brother Roy, who was a perfect complement to Walt. Roy brought his knowledge of structure, finance and people to the table, and his managerial gifts were equally responsible for Walt’s vision becoming a reality and for the Disney brand being what it is today.

Organizations need to make it clear that all employees are influencers, and that all employees must take personal responsibility for themselves and their jobs. However, something else that needs to be made clear is that not everyone is a leader and managers are equally important as leaders to an organization. In other words, being called a “manager” isn’t being labeled as a second-class leader. Management is also a gift, and the position of management needs to be elevated to its rightful place, so that everyone understands that those who have the gift of management are certainly no less significant than those who have the gift of leadership.

On bosses’ day, a great manager should receive the “world’s greatest boss” coffee mug and that is wonderful. Every employee should be blessed with a great boss. And when a company does a dramatic turnaround or achieves substantial accomplishments that no one thought possible, a great leader needs to be acknowledged and appreciated.

The gift of leadership is the special ability to set goals for the future, and to explain these goals to others in such a way that they voluntarily and harmoniously work together to accomplish them. Traits for those with a gift of leadership include clear vision, the ability to focus on the greater goal of the group, and not obsessing over details.

Behind-the-scene secrets from our biggest consulting successes, expert interviews, mini execution plans, actionable tips, invites to live webinars and SO MUCH MORE, delivered to your inbox for a... 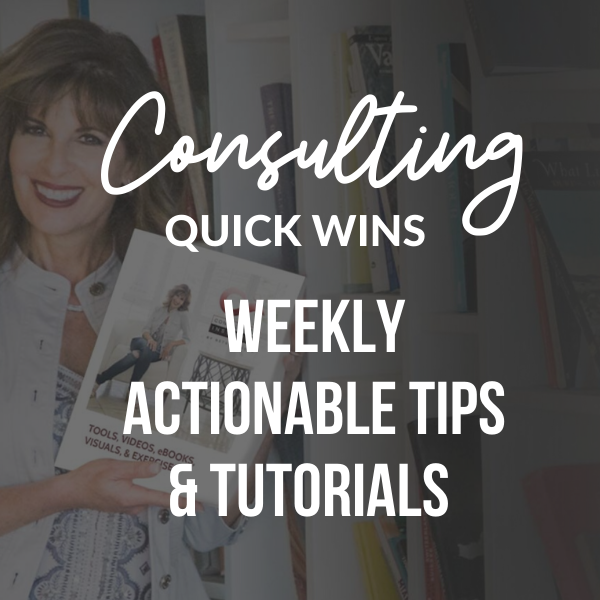 GETTING STARTED IN CONSULTING

How to start a consulting business

Why you need a clear and credible consulting brand

How much to price your consulting

Before you go - make sure you sign up for your free weekly consulting quick wins...

Actionable insights, behind-the-scenes best practices, proven frameworks...delivered to your inbox for a weekly dose of consulting clarity and inspiration! 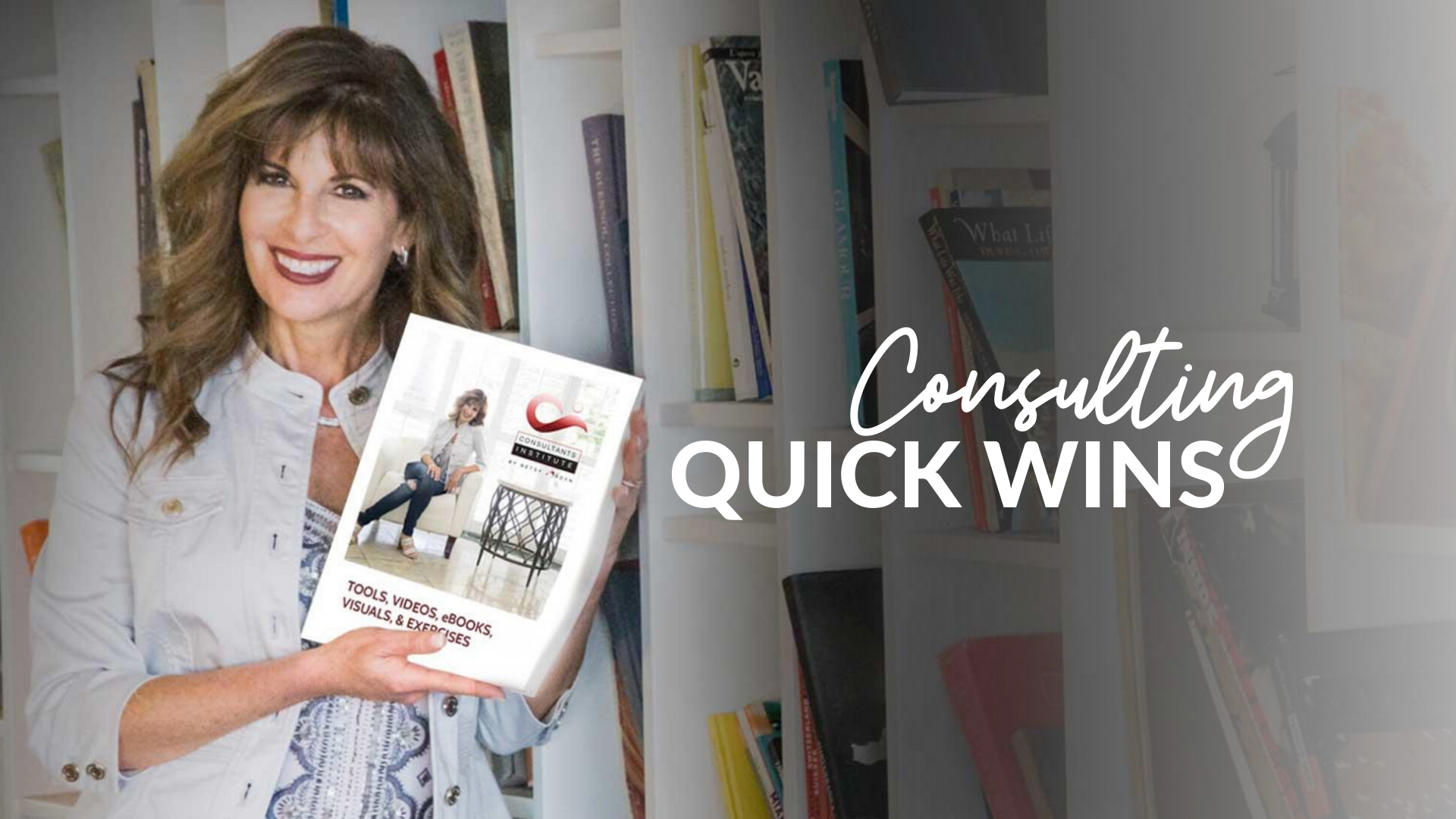 How'd you like our consulting quick wins sent directly to your inbox?

Behind-the-scene secrets from our biggest consulting successes, expert interviews, mini execution plans, actionable tips, invites to live webinars and SO MUCH MORE, delivered to your inbox for a weekly dose of consulting inspiration!