Is Your Client Ready to Lead Change? 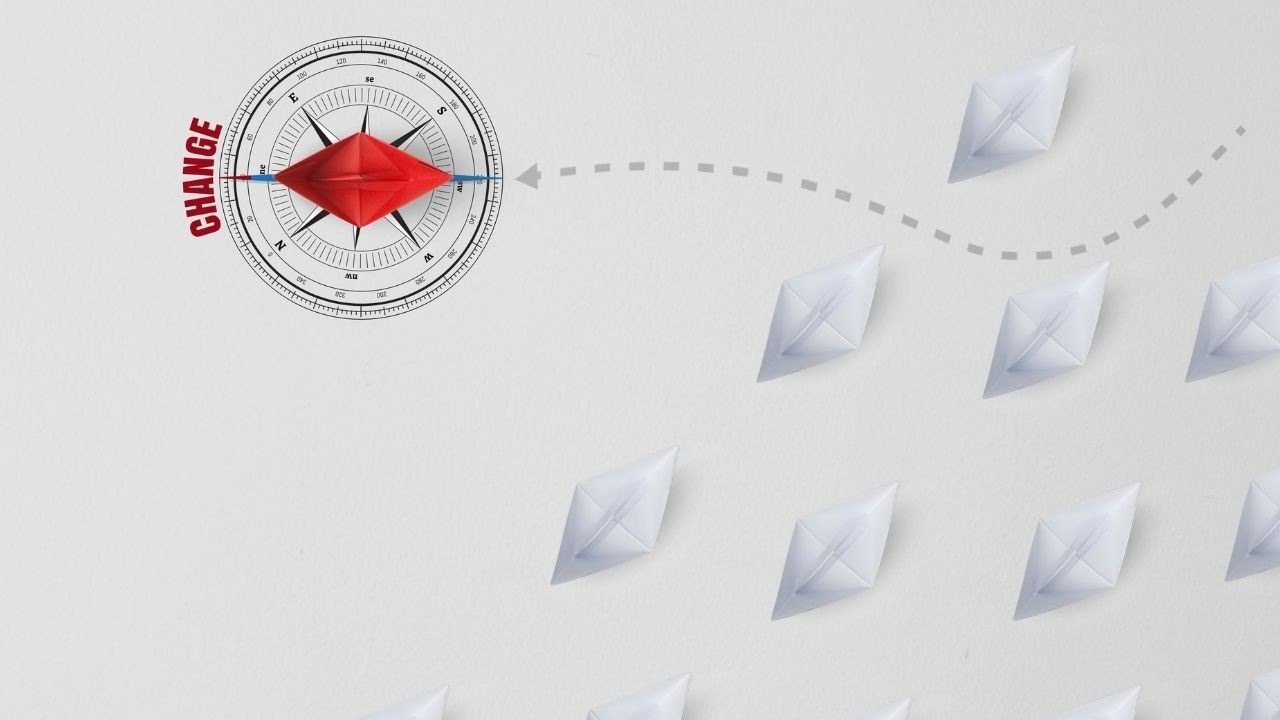 Alan was the CIO of an Information Technology organization that had employees across the globe. His instincts were absolutely correct – his organization was not set up to deliver what it needed to for his team’s internal clients and the company’s external customers. He started an initiative to re-organize his department. He did many things right – he brought in outside expertise, he got strong project managers, and he set up an effective cross-functional project team. However, a project that should have lasted six months, went on for a year. His executive team not only was not supportive of the project but spoke vehemently against it. The IT employees were even less productive than when the project began because their anxiety was an all time high. At the end of the year, corporate took over this department, installed a new CIO and Alan was demoted significantly.

Jack was a City Manager and Susan was his Assistant City Manager. Together they lead the teams responsible for running a medium sized city such as: police, fire, community development, parks and recreation, etc. Susan initiated a process to improve the internal efficiency of the organization and suggested it to Jack. Jack reluctantly agreed. They brought in an external resource to conduct an assessment to find out why there were so many problems. The consultant discovered that many of the issues stemmed from the Jack’s leadership style. When Jack was presented with this difficult information, he asked the consultant to change the report and take out references to his leadership style. Jack and Susan did not address the real issues that were facing the organization. Susan tried her best with implementing a few changes. However, about a year after Jack asked the consultant to change the report, Jack was fired. He was fired for two reasons: his leadership style and the internal inefficiency. His termination was reported in the newspaper.

What happened? What went wrong?

I interrupt this article for a short quiz.

Question: What do you think is the simple most important element of a successful change effort?

I’ll give you a few seconds to answer.

Imagine Jeopardy music playing in the background while you contemplate your answer.

The Secret of Successful Change Efforts

There is only one thing that will make the difference between the success and failure of a change effort and that is the quality of the change leader at the top. The type of sponsorship a project has is far more important than the plan and the quality of the project team. And it is far, far more important than the dreaded consistent message points that are not backed by reality. In fact, message points that are delivered to an organization that inconsistent with the actions of the leadership actually do irreparable damage to the project’s credibility.

What are the qualities of an effective change leader?

There are only two qualities that are essential for a change leader. Vision and Absolute Commitment.

Vision entails seeing something that others don’t, a future that is better than what is today.

Absolute Commitment involves doing what it takes and personal sacrifice to get there.

You have to have both. 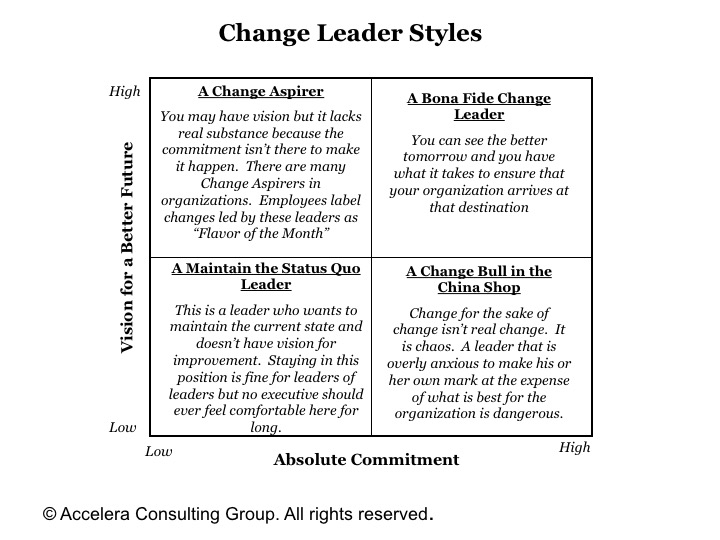 Five things to recommend to your clients to help them become a bona fide change leader:

Being a change leader is one of the most important roles an Executive can play. But real change is possible for an organization under one condition – the quality of the change leadership. If you don’t both vision and commitment, do not to embark on a change effort at all. Don’t start it. Don’t waste your company’s assets and don’t put your own credibility on the line. Not only will you not be successful, you will inadvertently make whatever issues your organization is facing worse. You will be stirring the pot on the normal human fear of the unknown and if you don’t come through with a better future, you will leave your employees that much more cynical and less resilient.

On the other hand, if you have vision and commitment, you have the ability to change the world. When Erica started a project to change the guest/cast experience, she reminded her entire organization why they were there – why they worked for Walt Disney World and not somewhere else. She inspired them to greatness and that all tasks and all roles make a difference.

It is up to you – do you want to make your organization a better place? If you do, you have to start with you.

We hate SPAM. We will never sell your information, for any reason. 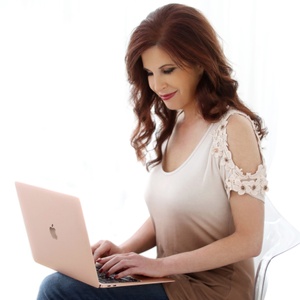 I'm a Brand Positioning Strategist that helps consulting and coaching business owners clarify and communicate the value of what they do, create a website presence that positions them as sought-after experts, land clients with ease and integrity, and take their place as thought leaders in their niche.